Haunting on the Hill: The Haunted Chapel 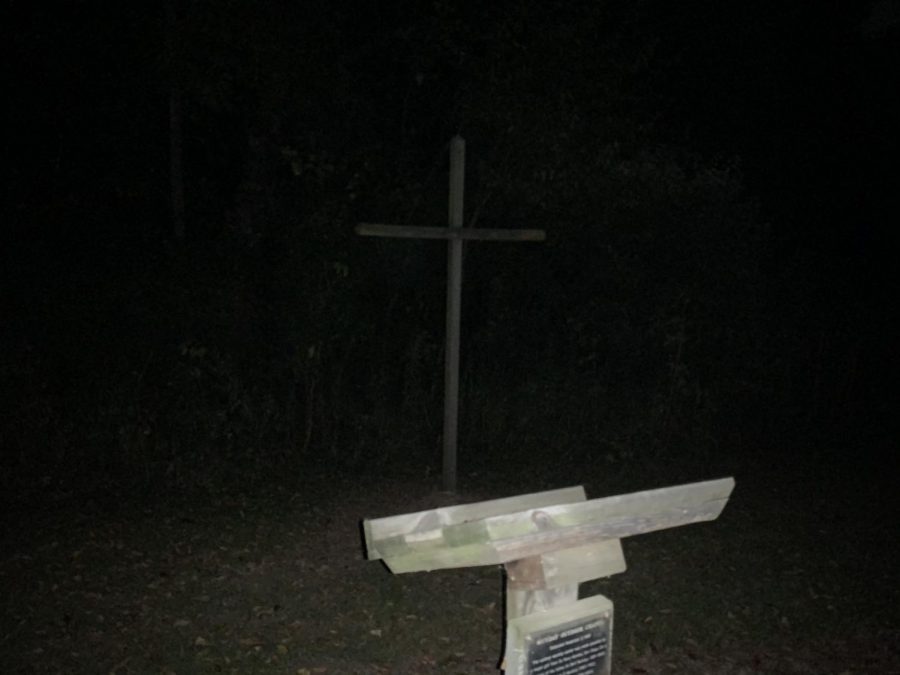 The staff of the Wildcat Wire started the ghost hunt at midnight on the Culver-Stockton College campus. They brought along equipment to detect paranormal, including an electromagnetic frequency (EMF) detection meter that was used to pick up high frequencies and to see the change in electronic currents. The staff also used their phones for photos and videos.

During the visit, the staff first walked around to scope out the place. While there has not been a significant paranormal activity at The Chapel before, many students have described getting an unsettling feeling from the area.

The staff then walked around with the EMF detector, but no electronic currents were picked up. The staff asked questions to see if any ghosts were there. We knocked on one of the pews and asked if they could repeat the knock. The staff didn’t hear anything repeated. After walking around a while and taking pictures, the staff did catch some mysterious pictures.

The image appears to have a wisp coming up out of thin air. Another picture taken shows a blurry, faded image to the side. The staff concluded that these pictures may be possible paranormal sightings.

The visit provided a few hints that something paranormal may be there. Further investigation may be needed for a precise conclusion.