Trunk or Treat Connects the Campus and Canton 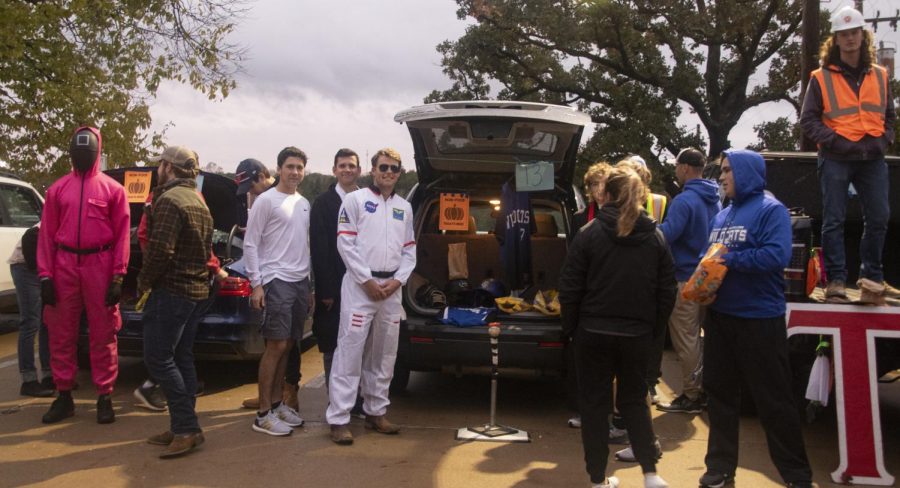 The tradition of Trunk or Treat returned to campus on Friday, October 29, brightening up the campus with an opportunity for community involvement on what had otherwise proven a chilly, dreary day. As the name of the event implies, students lined up their cars to represent organizations such as TKE, the Campus Programming Council and Diversi-T.E.A.M., creating playful seasonally themed displays in their trunks to represent their organization and celebrate Halloween. In an event sponsored by The Culver-Stockton Teaching Organization (CSTO) and CPC, the trunks offered a mix of candy, and non-food alternatives to children from the local community and the families of those on campus, creating an opportunity not only to trick or treat, but to help make an early connection to an institution of higher learning in their local community. Though the event lasted from 6-8 p.m., a screening of 1995’s Casper at 8 served to compliment the festivities, and create an opportunity for students and families invited for CSC’s Family Weekend to enjoy the holiday.

Cartner Knake, the President of the Campus Programming Council gave comment on the event. While the event has been going on since Knake first came to campus, he stated that it was “Cool to see student organizations come out and help the community,” noting the event is one of a few chances that the campus gets to really engage with the local community outside of the yearly advent of EDM (Extreme Dome Makeover). Despite the poor weather, Knake said that though attendance might be deterred by the rain and chill of the day, “We’re still out here, doing our best to live up to the promise and help out the community.”

The event was put to a soundtrack of Halloween staples such as the Ghostbusters theme or the modern classic of the aptly named Living Tombstone’s remix of Andrew Gold’s Spooky Scary Skeletons, setting at atmosphere that was only further heightened by a motley variety of costumes. Classics like Scooby Doo’s Velma, a Jedi, and an astronaut contrasting more novel outfits matching this year’s trends, such as one of the pink-clad henchmen featured in Squid Game or Resident Evil Village’s Lady Dimitrescu. Perhaps the most novel among them, one attendee was dressed as a purple Crayloa crayon, rather than the impression of a cone-hatted mage that a quick glance from a distance might have otherwise conveyed.